“For myself, I fear any kind of religious stir among Christians that does not lead to repentance and result in a sharp separation of the believer from the world.
I am suspicious of any organized revival effort that is forced to play down the hard terms of the Kingdom.
No matter how attractive the movement may appear, if it is not founded in righteousness and nurtured in humility it is not of God. If it exploits the flesh it is a religious fraud and should not have the support of any God-fearing Christian. Only that is of God which honors the Spirit and prospers at the expense of the human ego. “That, according as it is written, He that glorieth, let him glory in the Lord.”
http://rcm.amazon.com/e/cm?t=jacksjots-20&o=1&p=8&l=bpl&asins=1596444193&fc1=000000&IS2=1&lt1=_blank&m=amazon&lc1=0000FF&bc1=000000&bg1=FFFFFF&f=ifr– A.W. Tozer, The Divine Conquest

>Almost 17 years ago we were contacted by a young girl we had met at a camp at which I preached a week. She had been in touch with us often since camp ended, but this call was a life changer…

She was 13…and pregnant.
Janelle and Jacob being themselves on a long road trip:

She had heard me say some narrow-minded things about abortion.

As we conversed it seemed apparent Jane and I needed to pursue adoption.

We flew to her home, met with her and her parents, and began the process. It was not easy. Because she was a minor in a different state, because there was no contact with the biological “father,” there were many legal hoops through which we had to jump.

There were painful times when it seemed it wasn’t going to happen.

On November 4, 1994 Janelle Elisabeth Hager was born. Jane and Joel were in Wisconsin at the time of birth, and a couple weeks later were permitted by the state to bring her home. Several months later the adoption was finalized.

And today she is sixteen! How can this be? She has brought us so much joy, so much life, so much enthusiasm. Perfect? Of course not…otherwise she wouldn’t fit in!

But she is loved, and loves. And…yes…she is alive. She could have been what some would call a “statistic.” Instead she was given life, given a home to call her own, and God was honored.

It was horrifically expensive to pay for the adoption. As mentioned, the hoops were difficult to jump through.

Soon I felt guilty…because I sort-of-kind-of loved her “more” than I did our two older children, Josiah and Joel. At first I thought, “well, it’s just because she’s a girl…never had a little girl before.”

I remember a quote from Max Lucado…

“From the first time a father reaches to take his daughter’s infant hand, she reaches up and takes his heart. She never returns it. He is her protector, her provider. Her knight. Her hero. In turn she is his lamb. His angel on loan. His beauty of beauties.” 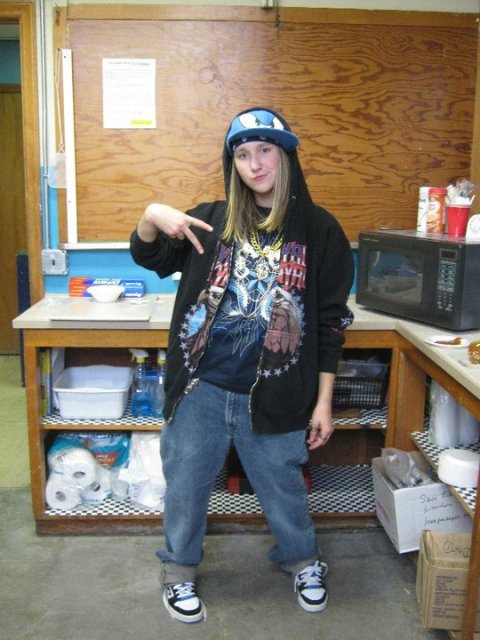 Amen, Max (and your way with words should be illegal)

Eight years later the Lord dropped another child into our laps…and we adopted Jacob at birth.

But as I struggled through, I recognized something that may make the more theological among us irritated, but it works for me…

I sort of “had” to love Josiah and Joel…after all, they are bone of my bone, flesh of my flesh. Jane and I chose to love Janelle and Jacob. We didn’t have to..we didn’t have to pay that price…

Again, apologies (sort of) to theologians who might go ballistic on this…but a Sovereign God did not have to love us. He did not have to pay the price of His Son’s sacrifice.

But He chose to…because of His love for us.

So I thank the Lord for my daughter…not only for all she is…but for what she has, and continues, to teach me about my heavenly Father’s love.