Yesterday, under a “headline” that read:

Whether you profess to be a follower of Christ or not; be aware that I do not hate homosexuals, transgender et al; nor do I hate rapists or those who kick dogs. BUT I will not be silent or restrained regarding posting about the sin of homosexual BEHAVIOR (as opposed to temptation – which is never sin). You are free to unfollow; delete; or comment in a way that is polite, non-patronizing, etc. The issue is not going away…and this is MY wall and I will use it as I see fit. You may disagree, you may shake your head, but you will be polite or you will be deleted. This includes not only comments to me but also comments to others who comment. Thank you for your expected cooperation.

Today, from a respected friend who used to direct a Bible quiz ministry, I received this question:

Jack, why is this so important to you? Of all the sin and injustices in the world, why is this the one thing you keep calling attention to?

I recognize that not all facebook or blog posts appear in everyone’s feed; nor does everyone read everything written by an individual.

But I’ve answered that question many times; so I’m going to do so now in a lengthy post so I can keep it easily accessible and thus I can post it whenever anyone asks.

So I will keep pointing out that homosexual activity (as opposed to temptation) is sin. I will take the flack as I’m called too focused, homophobic, etc.

And I will be clear…though not all will hear…that I don’t “hate” homosexuals.

By the way, in my bc days I did far too many horrible things; but I never engaged, nor wanted to engage, in homosexual activity, to include the four years I was locked up.

I’m often asked why so many professing Christians are okay with homosexuality?

My opinion? Years ago it was pretty easy to declare that homosexuality was sin because no one knew (or knew that they knew) any homosexuals.

Now virtually everyone has a relative or close friend who is out of the closet.

Thus it is no longer academic.

And thus those whose “conviction” was not, in fact a conviction,” rather than lose a friend, be called judgmental, or have to consider that their gay friend may be enroute to hell (if they still believe in that quaint concept); they are okay…or silent…about the sin.

Another Hager theory, borne out by observation…certainly not in all cases, but in many of which I am aware…professing Christians who are or have engaged in extramarital or premarital sex – or struggle with pornography…are okay with homosexuality…consciously or unconsciously because “hey, if gay is cool; then my sin isn’t really sin!”

And, by the way, this is not academic to me. I have several friends, to include former coworkers in ministry, who are out of the closet. I have a daughter who is currently living a gay lifestyle (Note…I did not type I have a “gay” daughter…there is a difference).

Nothing will change my love for her. But, God enabling, nothing will cause me to waffle on the Word of God for the sake of family peace.

To be clear…I, personally, am grieved by the horrendous amount of money that was expended in the “fight” against gay marriage. Why should I care what the state does? The USofA is not now nor ever has been a “Christian nation.” How many missionaries were underserved, how many went hungry, how many other causes suffered because too many Christians were trying to fight spiritual warfare with mans weapons?

I don’t like it, but I understand homosexuals have rights.

And as long as their rights do not trample mine, all is cool.

But I will never officiate a gay wedding. I will never serve with a ministry or church that is okay with homosexuality.

There are not many mountains upon which I will die. This is one.

And, just in case I’ve missed offending anyone, I’ll close with this…everytime I hear of another well known speaker, denomination, friend caving into this issue, this is the first thing that pops into my aging brain:

I wonder if those guys who chopped the Bible up into chapters and verses had any clue of the potential negative aspect of that project? 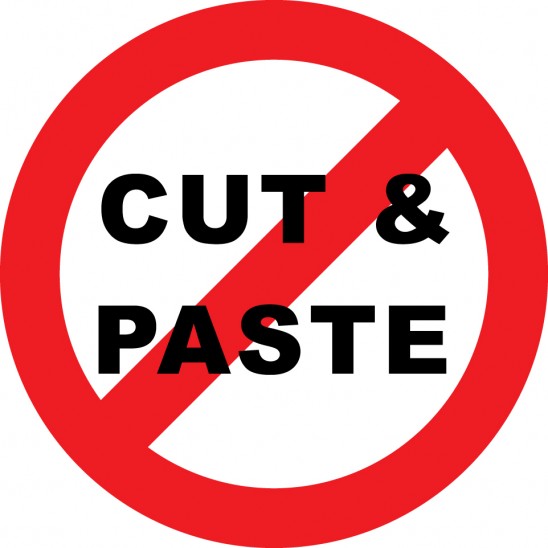 Obviously their efforts make it easier for us to find stuff (Bible quizzing would be rather difficult with chapter/verse structure, for instance).

But it also eases the opportunity to yank things out of context (Phil 4.13 and Matt 6.33 for examples)

But methinks the most dangerous and destructive example is found in what we designate Ephesians 2.8-10.

“For by grace you have been saved through faith. And this is not your own doing, it is the gift of God, not a result of works, so that no one may boast.”

And they are all about God, His working, His “part” if you will.

“For we are His workmanship, created in Christ Jesus for good works, which God prepared beforehand, that we should walk in them.”

Oops! Now it’s about me…my responsibility to cooperate and activate what God has given me.

People who have been converted out of “works-based-salvation” churchs (Catholicism, various “protestant” churches) appear paranoid about linking works to salvation in any way.

And that’s still not us, because “it is God who is at work within you both to desire to do and to do His good pleasure.”

Or, to put it another way (since are are to “examine ourselves to see whether we be in the faith”):

>“The cross is practical, it is God moving in love to meet violent men and women, facing violence and suffering for us.  Your faith was born in violence.  The Christian is not scared when the whole world is shaking.  Your faith was born on Calvary.  It can stand anything.  It is an all-weather faith.

>Good Friday 2011 is a vague memory..but we dare not forget the Cross…and if God is sovereign (and He is), you can not argue this insight (though it’s trendy to try to water this truth down with human “christianized” psychology):


“The most important question of the twenty-first century is: Why did Jesus Christ suffer so much? But we will never see this importance if we fail to go behind the human cause. The ultimate answer tohttp://rcm.amazon.com/e/cm?t=jacksjots-20&o=1&p=8&l=bpl&asins=158134788X&fc1=000000&IS2=1&lt1=_blank&m=amazon&lc1=0000FF&bc1=000000&bg1=FFFFFF&f=ifr the question, Who crucified Jesus? is: God did. It is a staggering thought. Jesus was his Son. And the suffering was unsurpassed. But the whole message of the Bible leads to this conclusion.”
— John Piper

>Good stuff to contemplate this Easter morning from JARED WILSON

No, not the stations. The -ations.

Mediation — There is a gulf between us and God, held in tension by his justified wrath owed to us for our sin. At the cross, the sinless Christ does the work of mediation both necessary and ordinarily impossible.

Condemnation — The mediator must accept the place of the guilty in order to exchange his innocence. Therefore he goes to the cross willingly, because it is the foreordained place of condemnation where we all belong. He becomes the substitute condemned and takes on the condemnation.

Propitiation — A blood debt is owed, legally speaking, because without the shedding of blood there can be no forgiveness of sins. But we cannot make this payment because we have no currency with which to do so. We are morally bankrupt, every last one of us. So at the cross, Christ makes this payment with the riches of himself, supplying his life to take the debt upon himself and thereby satisfying the law’s demands. God’s wrath is thereby appeased.

Imputation — By propitiating the debt of sin, he takes it off of the condemned onto himself as he becomes the condemned on the cross, but in doing that, he conveys his innocence to those actually guilty. He who knew no sin became sin that we might become the righteousness of God. His righteousness is imputed to us; this means that we are counted righteous despite our sin.

Expiation — But Jesus doesn’t stop there. With his life given sacrificially on the cross, he doesn’t just take on our debt, he eradicates it completely. He takes it upon himself like the scapegoat to carry our sins into the void. Another way to say this is that Jesus’ work on the cross doesn’t just reckon us righteous, it actually makes us righteous.

Sanctification — An ongoing work of the Spirit, to be sure, but thanks to Christ’s expiating work on the cross, we are also declared sanctified on the cross, which is to say, cleansed by his blood. (1 Corinthians 6:11)

Justification — Nearly all of Christ’s crosswork put together merits what we receive through faith: right standing before God. Because of the cross, we for whom there was no justification are now justified.

Reconciliation — And since we are justified before God, we are reconciled to him. The gulf is bridged, the wrath appeased, the debt canceled and cast into the void, the soul cleansed. Christ’s wide-open arms at the cross reveal to us the means of the Father embracing his once-lost children. Through the cross, Christ reconciles us to God. (Colossians 1:20)

>A good way to close out “good Friday”…

>The Cross of Christ is the heart of the Gospel. It takes the entire Bible to explain it. All our teaching must relate to that like all the spokes and rim and tires of a wheel relate to the axis. Jesus is the center, the pivot. Everything else will fit into place around Jesus. Indeed the entire word of God revolves around Him. If Christ is not the hub the wheel will wobble and break.
Reinhard Bonnke

>“A Substitute has appeared in space and time, appointed by God Himself, to bear the weight and the burden of our transgressions, to make expiation for our guilt, and to propitiate the wrath of God on our behalf. This is the gospel.”
— R. C. Sproul